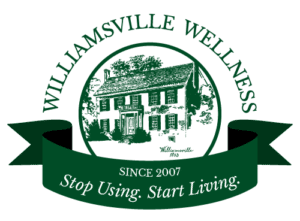 Combating the Rise of Fentanyl-Related Deaths.

Fentanyl-related overdose deaths have increased more than 60% since March.

Treatment can save your life! If you are suffering from a heroin or other narcotic addiction, then death could soon be knocking on your door.

One former addict sought treatment for his addiction and is grateful to be clean and sober today.

He was on a path that brought him nothing but anguish.  The strong narcotic drug, fentanyl, was prescribed by his doctor to manage pain after back surgery from an automobile accident.  But problems arose pretty quickly due to this drug.  The first problem was that the doctor told him the specific way by which drug addicts were using fentanyl patches to get high.  He believed he told him these details because he was a working “professional”.  The doctor did not seem to think that he would ever abuse this medicine because he wore a tie to work.  This was far from the truth.  In fact, he began abusing the drug one week after he started it.  He did just as the doctor explained how the addicts were getting high off of it.

He continued abusing the drug, but before long he was abusing it in new ways because he wasn’t getting the same high as he was before.  Then, he found himself waking up on the living room floor, having been out for hours.  Although scary he did not seem to care enough to stop abusing the medicine in this way. In fact, he kept upping his usage and ended up having more episodes of passing out and not remembering how he ended up on the floor. This is what happens all too often when a person abuses such a strong drug.

This person could have easily died from abusing this drug.  He was one of the fortunate ones.   But his problems began to worsen because he now would run out of the medicine because he wasn’t taking it as prescribed.  So, he now had to experience terrible withdrawals for days until he was able to refill the prescription.  This is why so many people turn to street drugs such as heroin.  The withdrawals are so difficult to manage that they are willing to try anything to not experience this, even heroin.

Rehabilitation saved this young man from becoming a statistic.  He was medically detoxed from the drug and was taught many skills in treatment to remain clean and sober.  Now he has long-term clean time!

If you hear pieces of yourself or someone you love in this man’s addiction story, there’s no reason you can’t identify with his recovery story, too. You ARE worthy of living a happier and healthier life, and we are happy to help you achieve that. Give us a call right now, 804-559-9959.